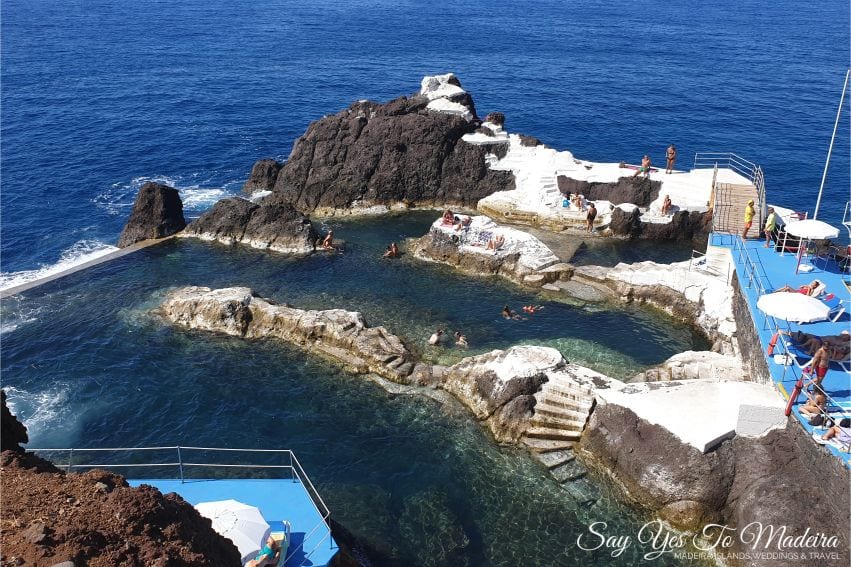 The famous Porto Moniz pools aren’t the only lava pools on the island. Funchal also has its own lava pools complex called Doca do Cavacas.

I have already covered all Madeira’s lava pool complexes in our post about swimming complexes and public pools on Madeira. Today, I would like to tell you more about the Complexo Balnear Doca do Cavacas (also known as Poças do Gomes) in Funchal and show you our pictures taken on a sunny autumn day last year.

Where is Doca do Cavacas and how to get there?

Doca do Cavacas natural pools complex is located right by the Praia Formosa beach and the hotel district in Funchal. Horarios de Funchal bus line #2 and the Aerobus will take you directly there, however, if it is not a problem for you to walk a few minutes to the main street – Estrada Monumental –  the number of possible lines will increase significantly. 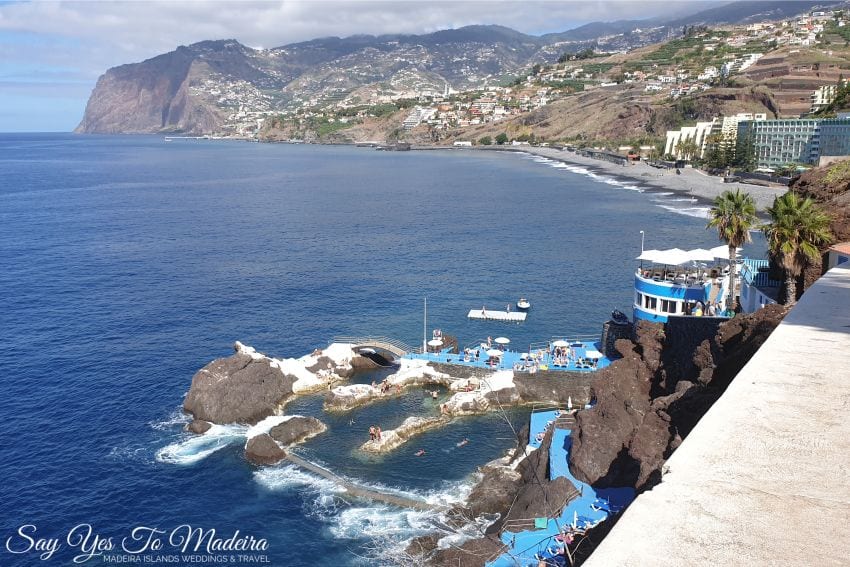 Unfortunately, there is no elevator and no wheelchair ramp (fit parents with light strollers will probably handle it, but it won’t be easy). To get to the pools, you need to go down the pretty long stairs. Climbing the stairs up might be a challenge to some tourists. 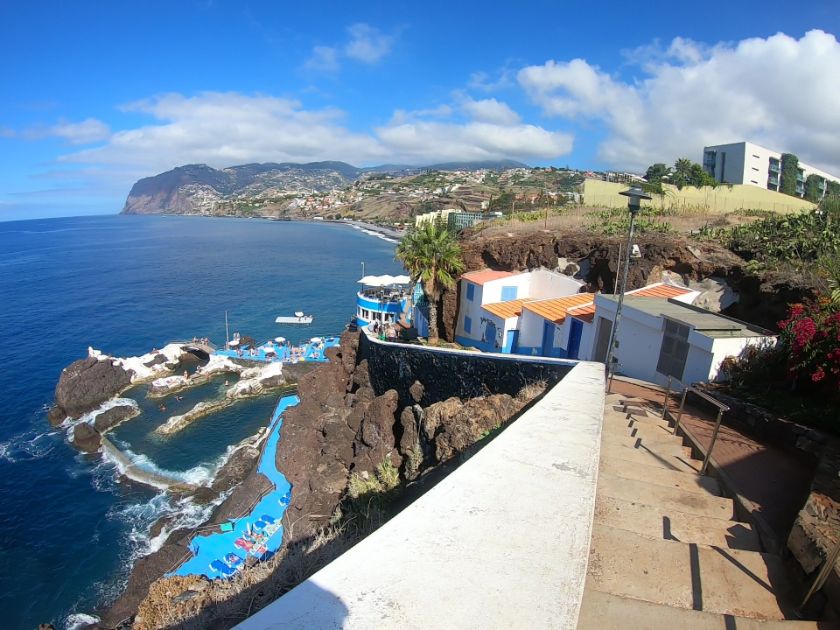 What is  Doca do Cavacas exactly?

It’s other name is Poças do Gomes and is a swimming complex with natural lava pools created by nature and where comfortable platforms and stairs have been added for guests’ comfort. It is a small, but guarded complex with very affordable entry fees.

The swimming pool complex can actually be divided into three separate pools. Some parts are very shallow, while others are pretty deep, so you can lose ground under your feet pretty easily. You can also swim on the other side, in the open ocean, around the drifting platforms. 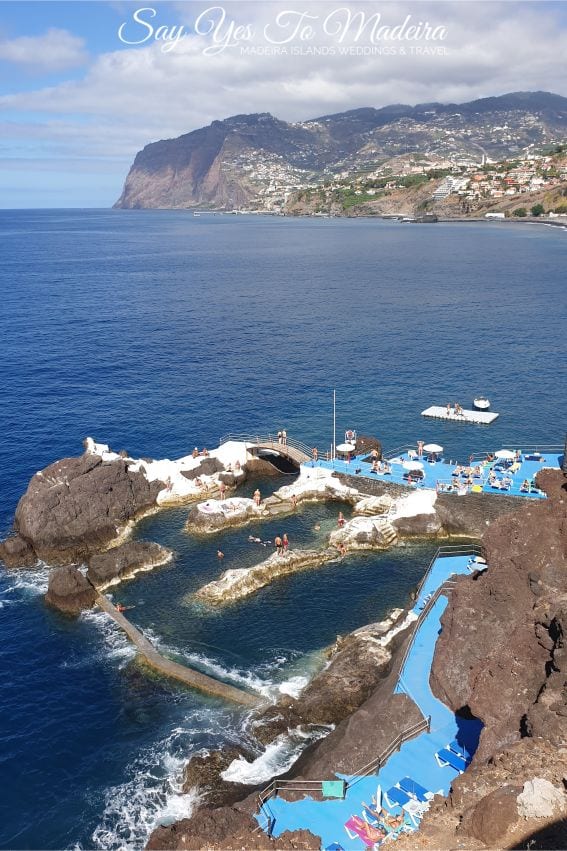 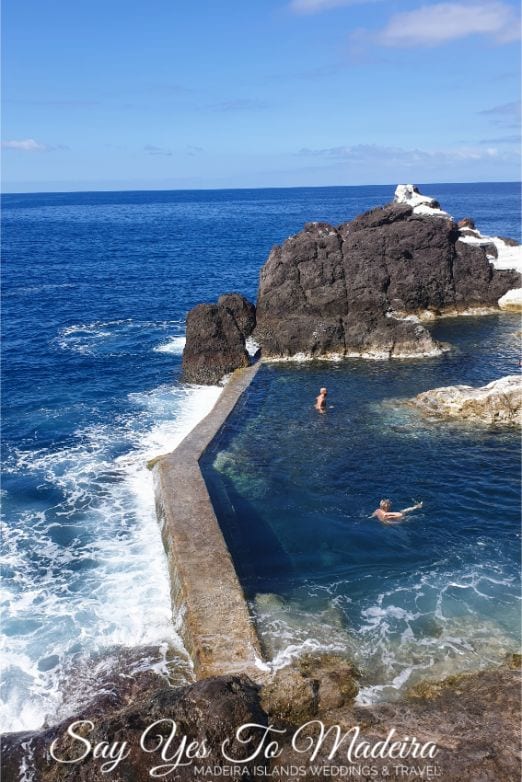 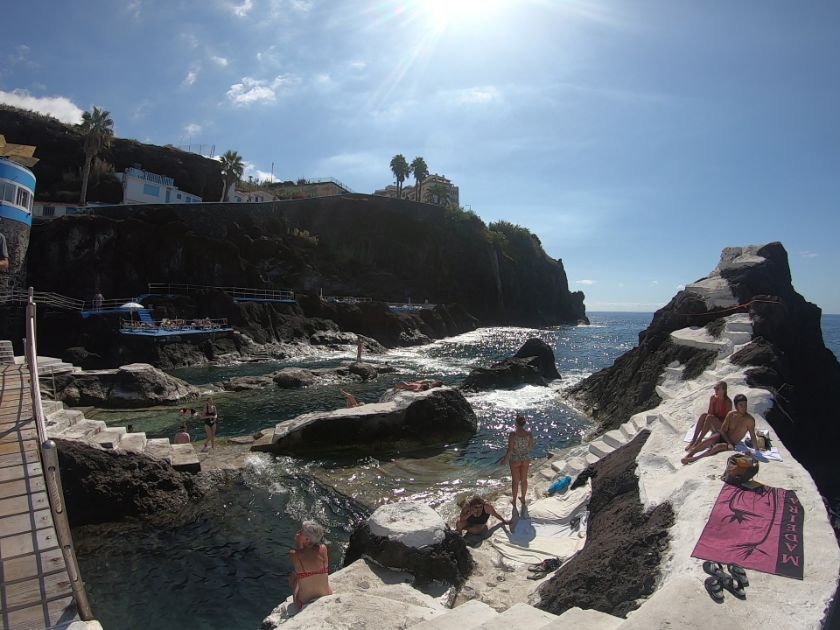 Diving is allowed in some places, but never without consulting the lifeguards first. Sitting on or holding to the walls – borders between the pools and the open ocean – seemed not to be a problem during weaker waves. During dangerous waves, lifeguards were reminding swimmers not to do it.

There is a magnificent view of the famous Cabo Girão cliff from the east. Next to the entrance to the complex, you will also find the famous tunnel carved in the rock, which takes you to the dark (and mostly rocky) beach called Praia Formosa.

The tunnel is not always open (it happens that waves destroy the path between the tunnel & the beach). This tunnel is actually a cruicial part of the famous promenade from Funchal to Câmara de Lobos, which is a charming colourful fishing village beloved by tourists. 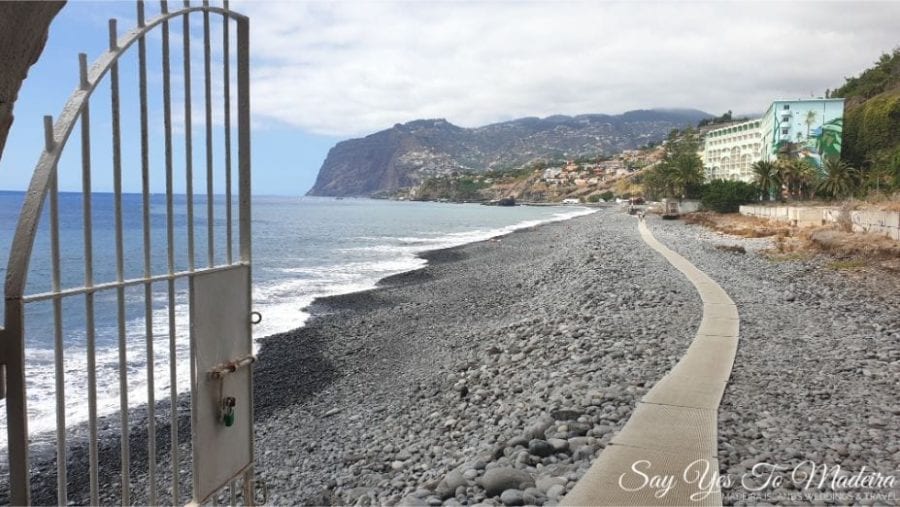 Snorkelling at the Doca do Cavacas

Should you bring your snorkelling set with you? You probably won’t see any amazing sea animals in the lava pools, but it was full of fish. Don’t be scared when some of them decide to give you a peeling 🙂 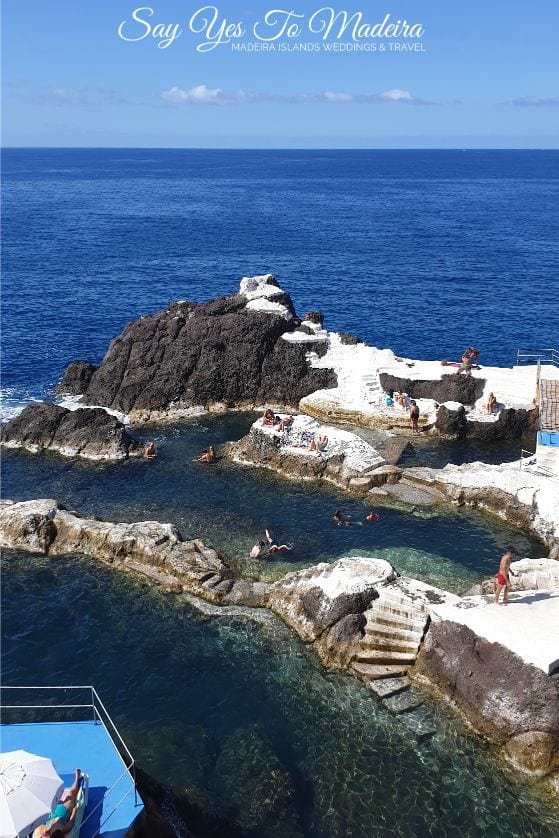 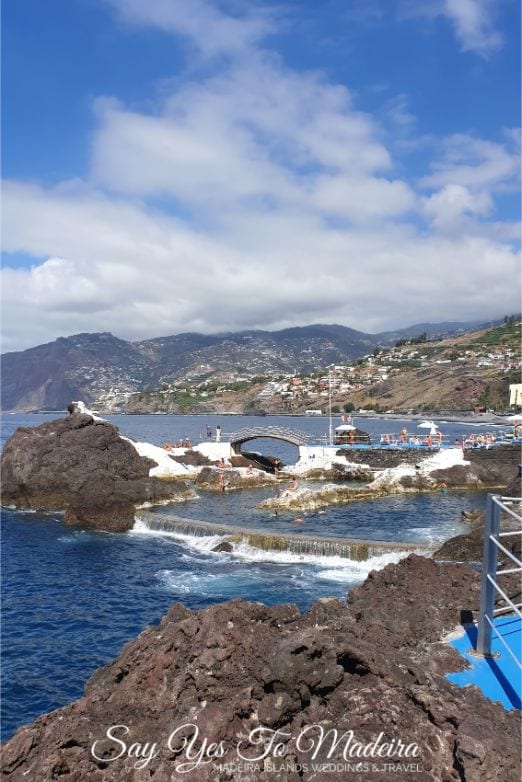 The Doca do Cavacas pools complex surprised me that it is actually much smaller than how it looked from above. On a sunny summer day it can be difficult to find a place to sunbathe.

Still, it’s a cool place to enjoy a quick swim in the ocean when staying in Funchal, especially if you would like to experience swimming in natural lava pools.

Would you like to organize a wedding on Madeira Island or Porto Santo?

This website uses cookies to improve your experience while you navigate through the website. Out of these, the cookies that are categorized as necessary are stored on your browser as they are essential for the working of basic functionalities of the website. We also use third-party cookies that help us analyze and understand how you use this website. These cookies will be stored in your browser only with your consent. You also have the option to opt-out of these cookies. But opting out of some of these cookies may affect your browsing experience.
Necessary Always Enabled

Any cookies that may not be particularly necessary for the website to function and is used specifically to collect user personal data via analytics, ads, other embedded contents are termed as non-necessary cookies. It is mandatory to procure user consent prior to running these cookies on your website.